Citizen consultations and private firms what if we asked ourselves the right questions?

A French Senate report (1) on the influence of private consulting firms in the conduct of public policies has led to extensive press coverage here in France. Citizen consultations entrusted by the public sector to private consultants was also singled out in an article in the French and highly respected newspaper Le Monde’s (2). As “modest actors specialized in collective intelligence” but especially as practitioners of citizen participation for more than 20 years, we would like to contribute to the public debate and bring some clarifications to what we consider is an ocean of confusion.

1. “The citizens’ consultations have been a feature of Emmanuel Macron’s five-year term. True. The number of consultations has multiplied over the last 5 years, especially at the national level. At local level, this is not new. Since the 2000s, an institutional demand of participation has been developing in France, which is one of the most advanced countries in this field. These initiatives are often motivated by a desire to renew representative democracy, which is in crisis (the 1995 CNDP law, neighborhood councils, then development councils, health democracy, then citizen councils with the Lamy law). They are driven by a desire to consider citizens differently: not just as sporadic voters, but as bearers of part of the solution. The media spotlight of the Citizens’ Climate Convention reinforced the awareness that citizens reflecting a diversity of French society are capable of contributing to decisions on complex issues.

2. The use of private practitioners is common in participation. This is true and normal. Why? To have neutral third parties and qualified professionals. Can we really lead a process by being both the judge and the party? To create a collective dynamic without it becoming partisan or manipulative, to remain impartial in relation to the subject, to circulate the word, to gather all opinions, even the most extreme ones, to calm the debates when necessary, not to adopt a posture of knowing… these are some of the “facilitator” skills required to accompany a participative process (we don’t just stick post-it notes on paperboards). And this role is easier to assume when the people in question are neither specialists in the subject, nor the people who will translate (or not) the ideas into action, and even less so those who represent power. 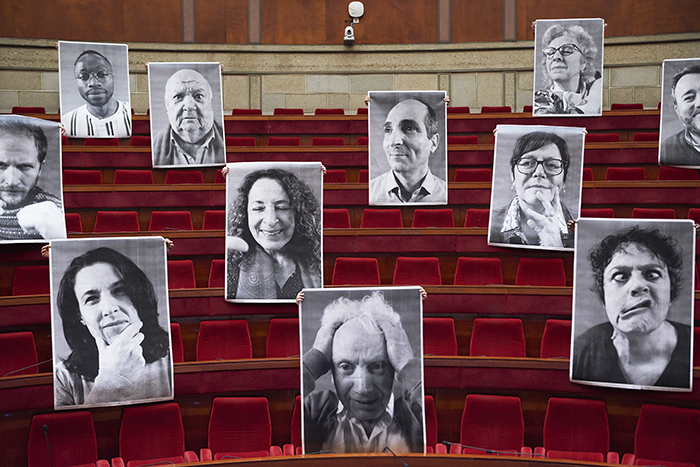 3. The citizens’ consultations “do not inspire any major reform”(…) “The interest of these consultations, sometimes considered as democratic gadgets, is questioned”. Curious way of reasoning. The logic that consists in saying that consultations are useless because they do not lead to concrete measures (the question of the criteria to judge the success of a process is also raised, but that is another debate) shows a lack of knowledge of what really happens and puts the responsibility on those who respond to the order and not on the commissioners. If we vote for a person who does not respect their promises, do we question the essence of the vote? In any case, through these processes, it is the capacity to question the best decisions to be made for the collective good that is sought, both the course and the trajectory of desirable developments. Citizen processes also serve as catalysts for discussions that previously took place in more restricted circles, and they tend to reveal strong signals a few years in advance. We have heard citizens recommending revolutions in the control of institutions (Court of Auditors, European Parliament, UN, …), we have seen experts of the research and innovation program of the European Commission surprised to discover areas that they were leaving “out of the research field” while they were considered a priority by citizens, we have observed the management of a space agency totally destabilized by citizens’ recommendations in its argumentation for the financing of space programs. And finally, we have seen hundreds of elected officials and community teams radically change the way they view their relationship with citizens.

4. The “long reports of citizen consultations produced by private firms show extremely consensual and not very innovative answers”. Maybe, sometimes. But was the initial question appropriate and the process suitable, i.e. with sufficient time and information? By what magical thinking would ordinary citizens have revolutionary ideas, that were never thought of beforehand? Is this the goal? No. Instead, they articulate ideas differently, prioritize differently, argue differently, debate differently. And they often aspire to a more just society. Citizens’ words in participatory processes are worthwhile because:
– It takes the time of a long discussion, in a trusted place, between citizens by going to the end of the points of disagreement and as far as possible from consensus faced with transitions that require disruption;
– it muscles their capacity of a critical analysis before divulging the necessary mass of information to them;
– it moves, if it is reappropriated, understood and questioned by others who take the time to engage in this deliberative exercise of self-analysis;
– It cultivates doubt and humility while remaining demanding;
– It allows to feed the strategies, the actions, the discussions of the organized actors, of the civil society, of the constituted branches of the representative democracy.
– It has the luxury of duration: no electoral cycle, no self-perpetuating stakes, no premade agenda.
– The citizens’ words catalyze the public debate and accelerates it. So even if ideas are not new, they acquire a new dimension, priorities move.
How to proceed when the recommendations are not compatible with the political program of the decision-maker, the one for which they were elected? This is the limit that many deliberative exercises are confronted with. For example, the recent citizens’ dialogues organized in the framework of the French national consultations on pension reform and on the universal activity income have, among their recommendations, put forward recommendations that do not seem to be soluble in the worldviews of the decision-makers (or the political order given to them): the recognition of voluntary and mutual aid activities as useful activities for society and counted towards retirement, the idea of a minimum income without condition, etc. After that, it is still necessary to link the proposals to the decision and to transform the citizens’ word into action. Is the decision-maker today capable of listening? Should we expect everything from above? 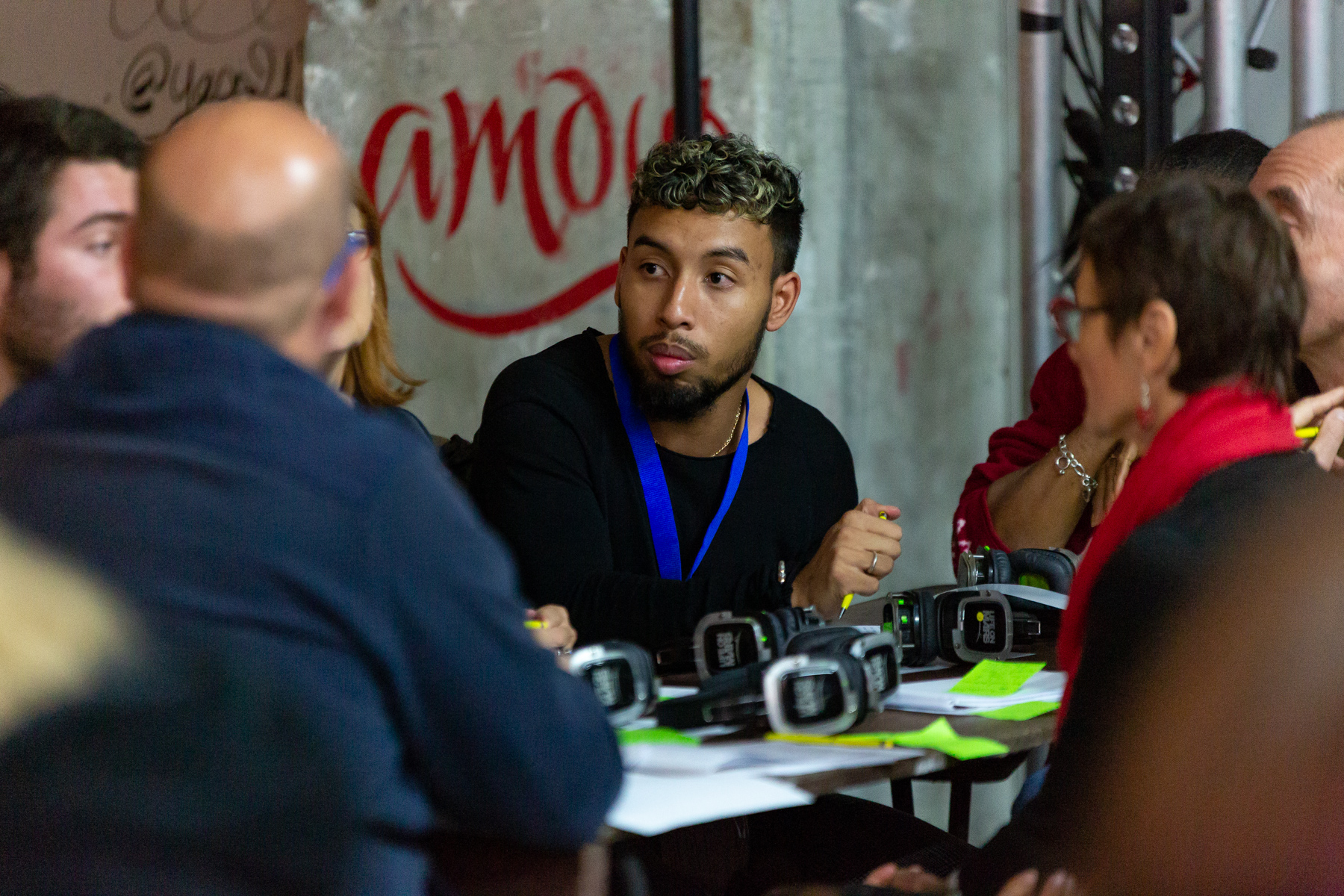 5. The “methods used”: “notes that can be placed on a paperboard” and “green, yellow and red stickers”. Dare we say that this is reductive? A little. The modes of consultation are multifaceted and do not respond to standardized norms. The methods for conducting a debate, a consultation, a consensus conference or a focus group are also varied. Behind the variety of tools, there is a whole political vision of citizenship: how to allow everyone to feel comfortable enough to express themselves? How can we avoid long, descending tunnels of information that are not very inclusive? How to make participants active? Establishing a dialogue between people who do not know each other, who are not experts on the subject, and giving everyone an equal opportunity to participate, requires methods and devices to allow free speech and to move from an addition of points of view to the composition of a collective opinion: this requires time and a guided exchange to avoid the classic power struggles.

6. Participation is expensive. True and false. The question of finances is the one that launched the debate around consultations. And it is a fascinating question because it goes back to the very foundation of democracies: one of the reasons for the revolution that led to the Athenian democracy of the classical age was the cost of war. The Athenian citizens received a tax from the public treasury when they participated in the assembly of the people. Later, the English parliament relied on the slogan “no taxation without representation”. The current and new security strategy of the German government has three pillars: protection against war and violence, protection of the climate and the environment, and resilience of democracy. The real question is: What is the price of democracy? What are we willing to invest in our vision of living together?